The rise of Harlem

Meet Marty Baller, born and raised in Harlem, New York. Marty Baller is an artist on the rise. Transitioning from Gospel to Rap music, Marty Baller discusses his hometown Harlem as his inspiration musically and in fashion, Balenciaga Triple S sneakers and his Snoop Dogg inspired hairstyle. 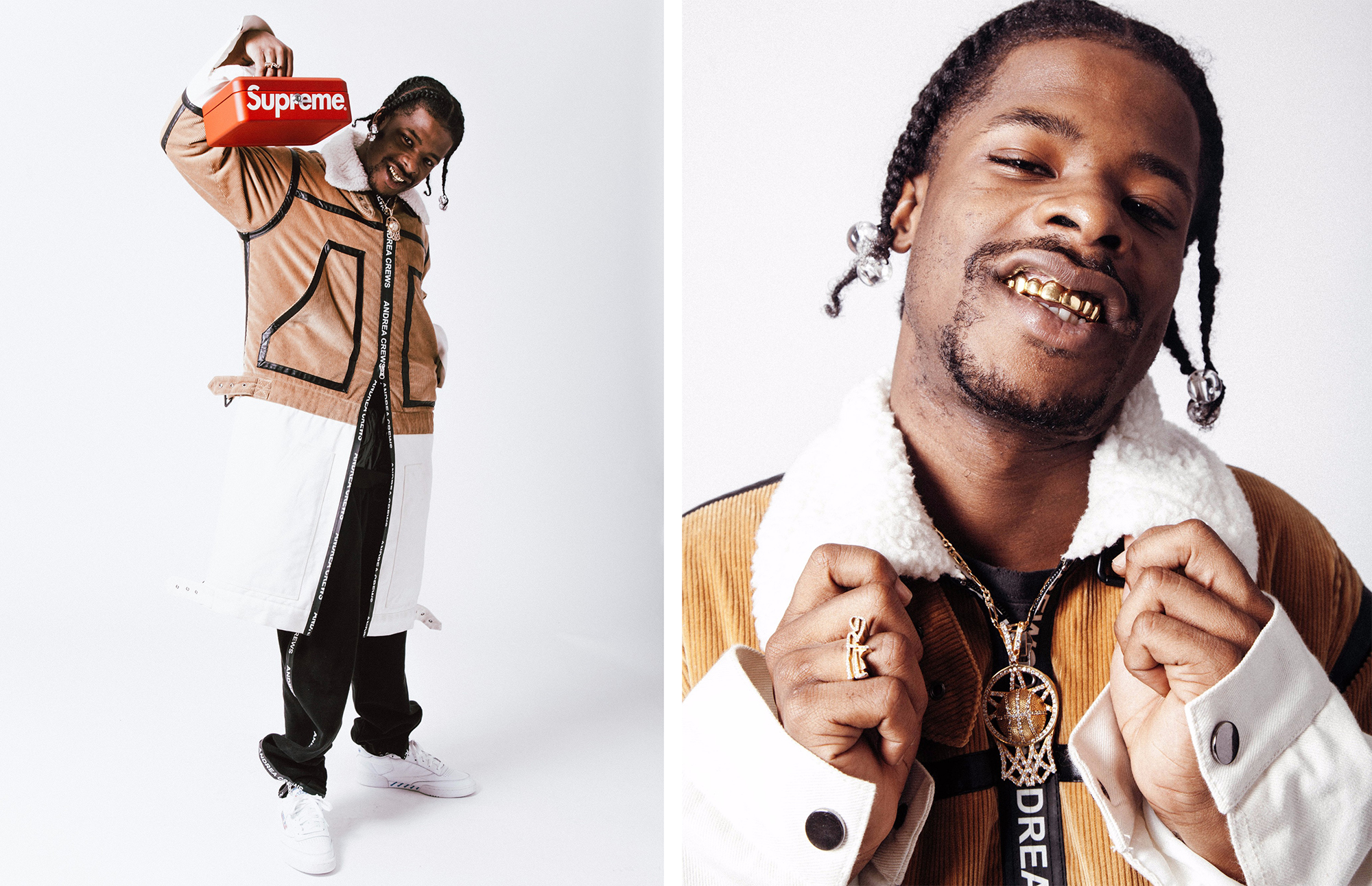 Welcome to London, how do you find the city?

It reminds me of New York City man, a lot of artistic people and the fashion out here is crazy so I’m enjoying it.

I get a lot of different ethnicities out here that I don’t get to see out in New York, like the African culture is very strong here.
Most of the Africans in New York are either selling t-shirts and you actually see Africans with proper jobs out here, like this shit looks good. So yeah that’s different for me, I feel like I’m at home around my people.

So, you’re from New York, Harlem?

Tell us about your career starting up?

Well, I’ve been rapping my whole life basically because I grew up in church so I’ve always been musically inclined and I went to art school and stuff but my bro ASAP Ferg, he actually introduced me to the ASAP Mob and he put me onto a new leg and money, you know so yeah that’s how I started.

And how did you start your music?

Church. I was in the gospel choir in church. Singing and just always making my music. I wouldn’t have thought you would have come from singing in church.

It’s because my music is Hip Hop because you know people get confused by church people they think that oh just by doing the whole typical church an all that. I have church in a different way and as long as I’m spreading the word of what I want people to understand, I feel like that’s church right there.

Who was your musical inspiration growing up?

How do you think Harlem has changed through the years?

It’s just getting more gentrified, it’s not violent anymore and there are not many drug sales going on, everybody has seen us finding a new way to get money and use our talent, and everybody’s trying to change like fashion wise or whatever they’re doing or colouring their hair, getting tats on their face it’s just getting better because it’s like there’s less crime now.

I used to be selling drugs, everybody knew me for what I used to do in the street. So, they see me now and that give them faith that they can do it too.

So how long have you been doing music for? When did you actually start the gospel music?

So why did you decide to change from gospel to rap?

You can’t runaway from where you come from! So, tell me about your new music video?

I got baller nation out right now, I got ballin’ like I’m Jordan out right now featuring ASAP Ferg, Smooky Margielaa and Aexyz, like that shit doing big right now shout out to the Fatboy SSE. He looked out on the commentary tip and you know, I’m just working man, I’m on my first tour right now, usually, I tour with ASAP Ferg but this is actually my first tour… I’m just looking to get bigger and bigger. 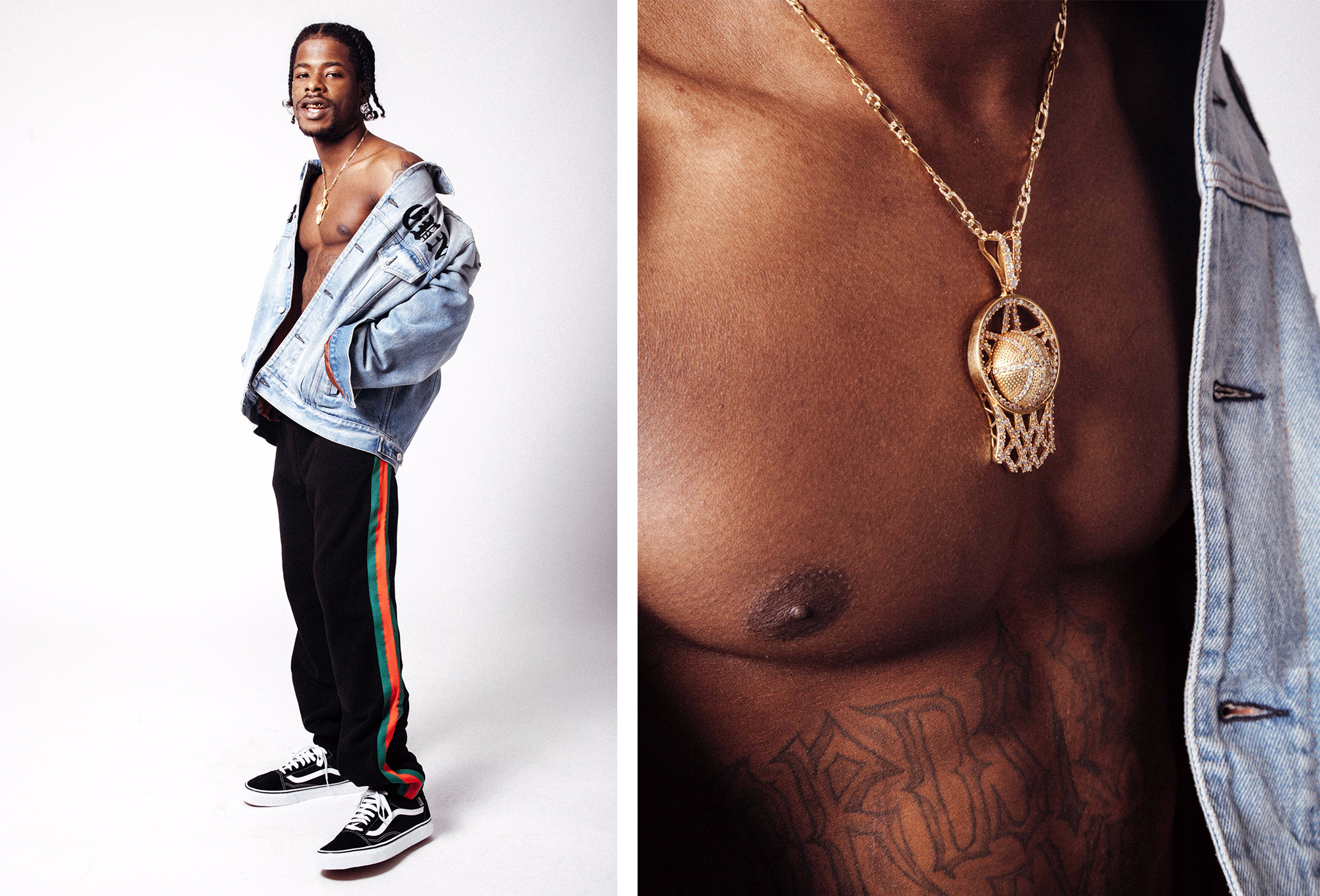 How’s it feel to be finally touring on your own?

I already seen all this happening so I don’t really be shocked that things like these happening, but it feels good to know I’m my own boss now and I can like I can put other people in positions so that they can be their own boss when they grow up.

What kind of music are working on? Who would you be looking to collaborate with in the future?

I don’t know, my mind is so confused right now because I’m just travelling everywhere now and I’m working with a little bit of everybody in each country, so like I’m stuck on that right now like and I’m just the bigger people, I don’t even know who’s big anymore because to me I’m big because I’m doing shit that people out here not doing, the way people gravitate with me is like how it should be, so I don’t look to work with nobody in the future.

Would you ever collaborate with anyone in the UK?

Yeah, I did, I been working with Maxwell, 187 at Hamburg, Germany… urm… I been trying to work with Niska, he’s buzzing out here everybody like that. A lot of people on the up and coming from Paris.

What do you think about Paris?

I love Paris. It’s a fashion statement man, it makes me want to get up and be fly everyday, and have no off days with it like jogging clothes gotta be fully… you know *laugh*

Where did your fashion sense come from?

Just Harlem. Growing up in Harlem, watching Cam’rom, he used to wear pink minx and all that, so that’s where I got it from, Easter Sunday we always get fly… stuff like that.

What is your favourite brand right now?

Urm… my brand is baller nation so make sure y’all get that, y’all got check that out, holler at me!

If you had to choose one brand; Gucci or Balenciaga?

Urm… Gucci I would say because everybody loves Gucci. When I grew up I couldn’t have Gucci but now I’m on Gucci OD right now. But the Chinese people killing the Balenciaga’s, they making me want to go get one of those pairs of black and white Triple S… Balenciaga sneaker joint, yeah I gotta have those in my closet.

Tell me about the hair. Where did this come from, because it’s your signature look?

Snoop Dogg. Everybody knows Snoop Dogg used to do it, so when I came in the game I tried to do something a legend did, that nobody doing now so it’s working.

Do you feel like in music now, when you throw yourself into the game, you have to kind of set yourself to be prepared, to not copy everyone but to be different. and why do you think that’s important today? 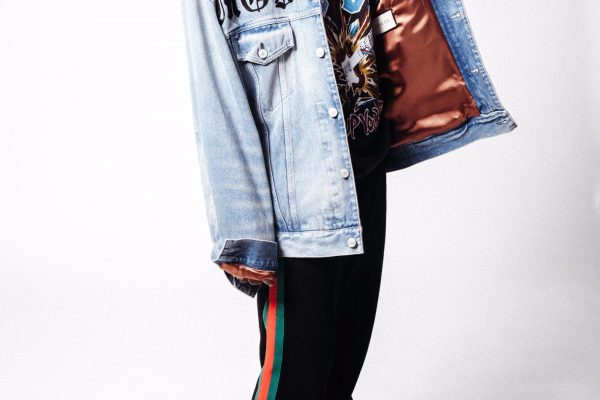 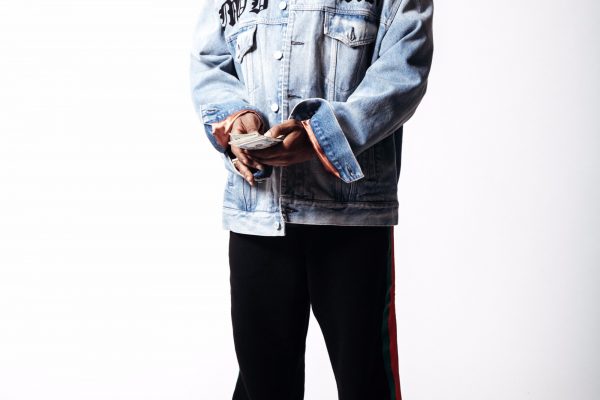 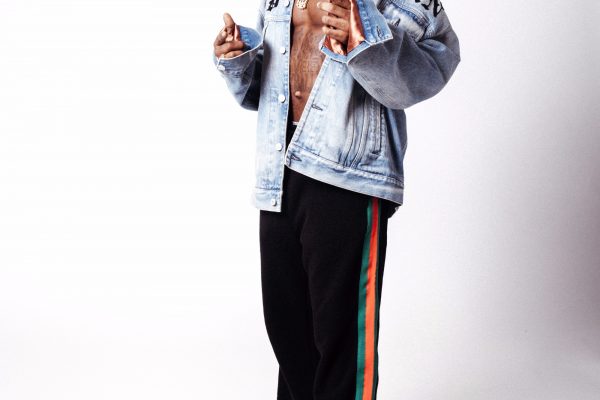 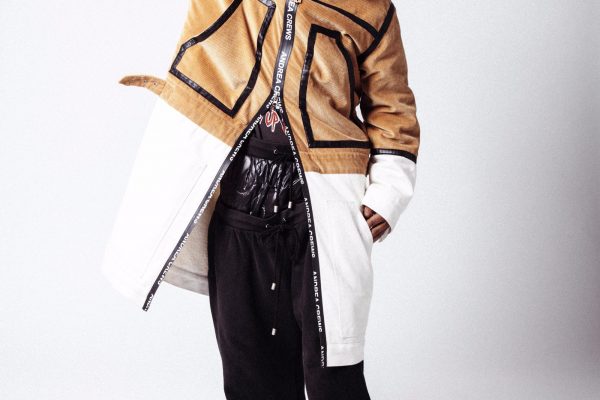 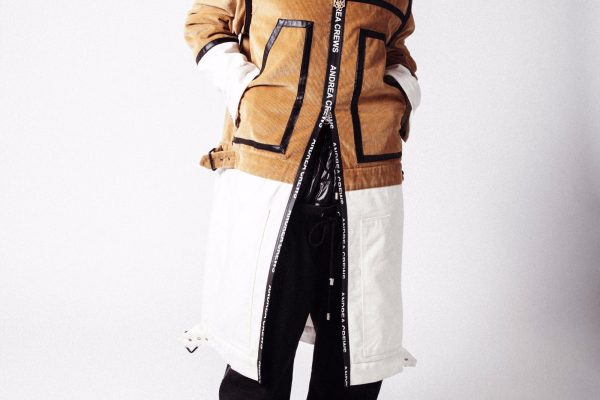 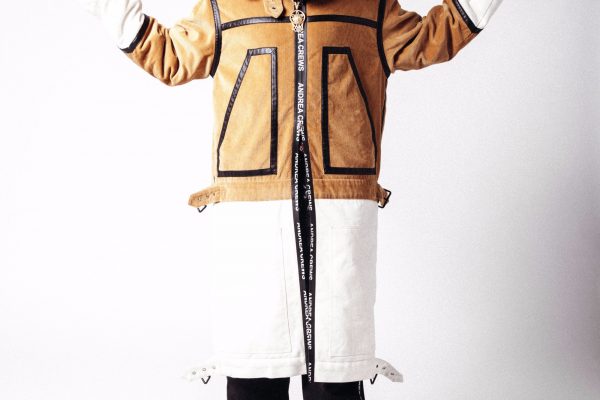 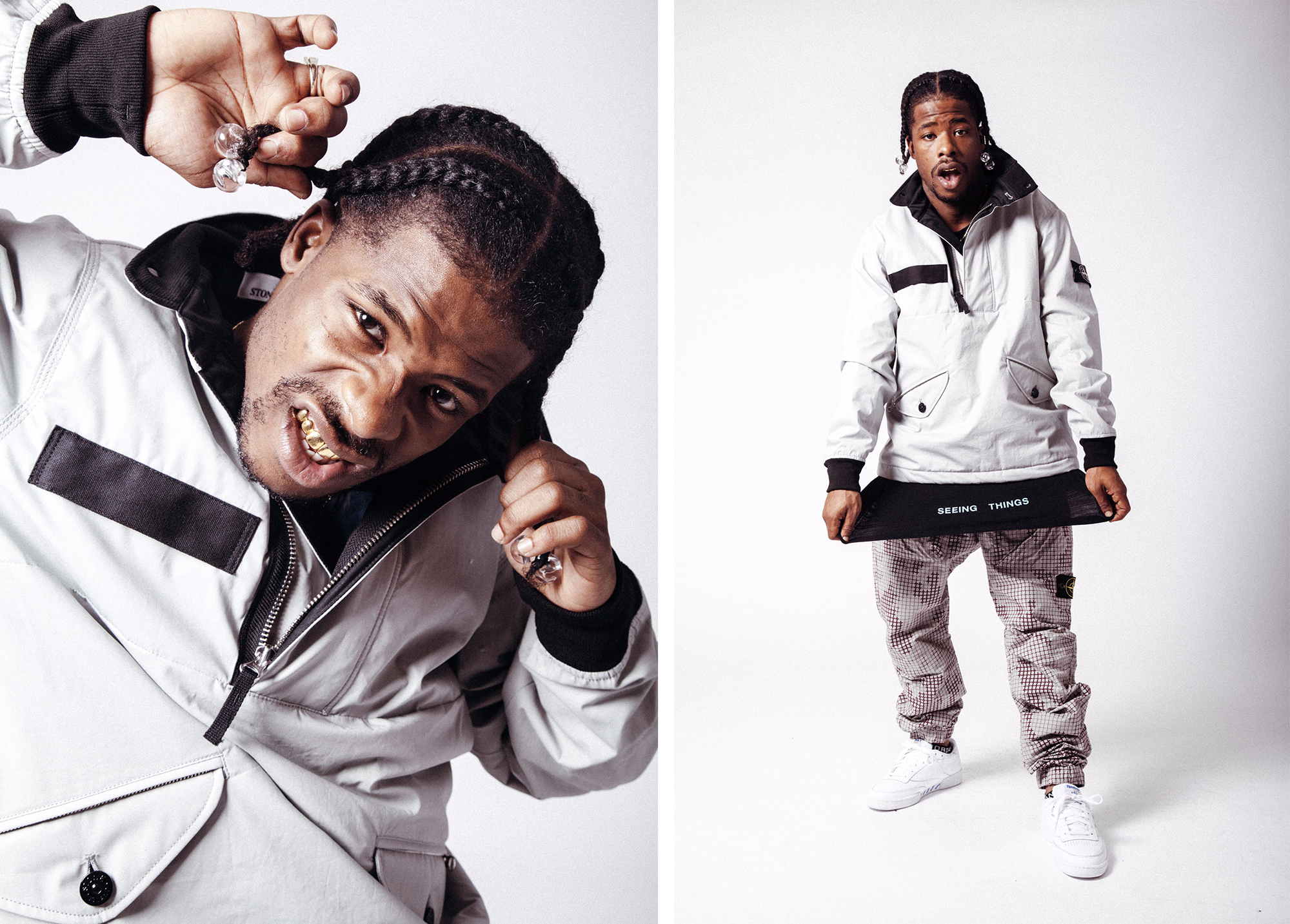 How do approach marketing in terms of getting your record out on the radio?

Soundcloud, Spotify, Instagram, YouTube … everything like that, ain’t nobody make no CD, somebody gave me their CD the other day and I was like I don’t got [have] a CD player, I don’t got shit *laughs* I don’t wanna hold it. Get your shit on ITunes, Apple, it’s not hard, there’s a programme where you just upload it and it goes to all the platforms, called Tunecore, make sure you get that, get right! Because people on the internet nowadays.

Do you think people still listen to the radio?

They don’t want to because they playing the same thing over and over like, the radio should be somewhere where we here fresh stuff like word, but they are giving the same artists the same rotation over and over.

Where do you listen to your music?

I got Apple music on my phone, so I just download all the albums I wanna hear.

And if you had to pick one, Spotify or Tidal?

Urm… Spotify. Tidal is too much hassle, I don’t know, paying the money and all that, Spotify is just quicker.

What advice would you give to another up and coming artist, that’s about to start touring. Is there anything that you’ve learnt?

Talk to your fans. Everybody don’t act Hollywood in the comments and the DM’s because these people are the same people that help you when you feel like nobody else… like I can go anywhere in the world and just tweet something and there’s always gonna [going to] be a person because I always respond to my fans, just stay connected to your people that show love to you.

What have you got planned for the future?

Big tours, big deals, endorsements and whatever y’all got for me, Imma be big, just know that. 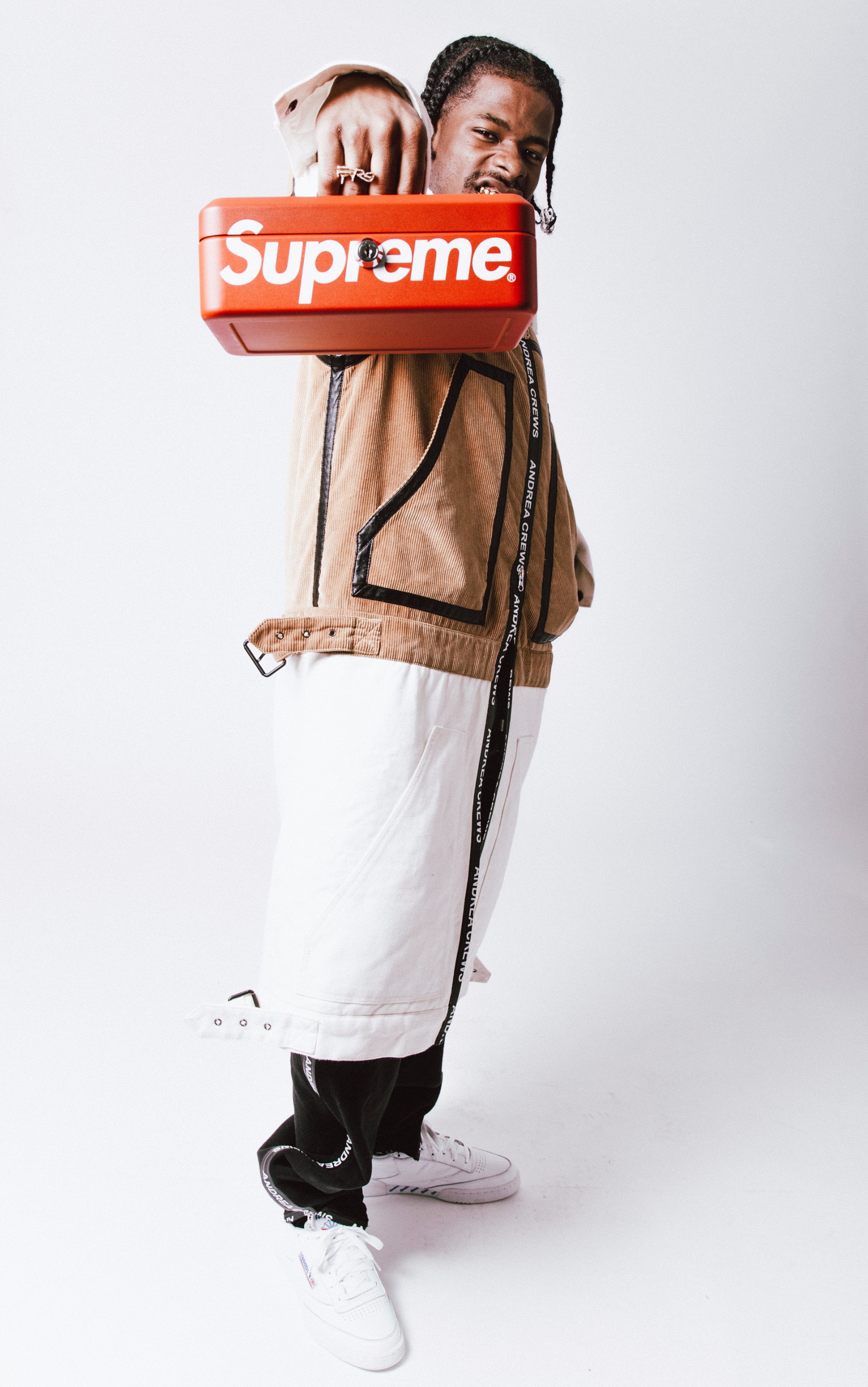 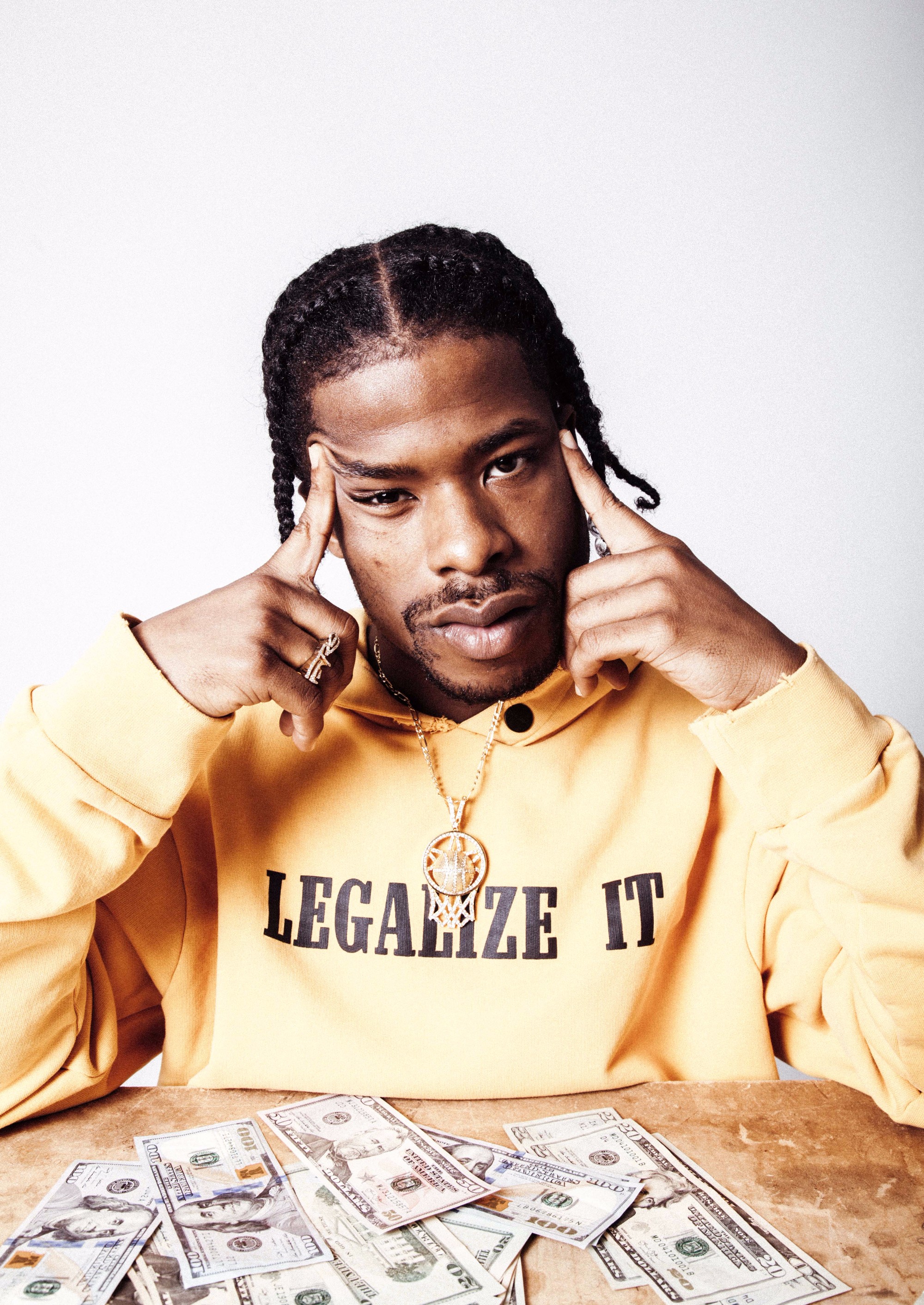 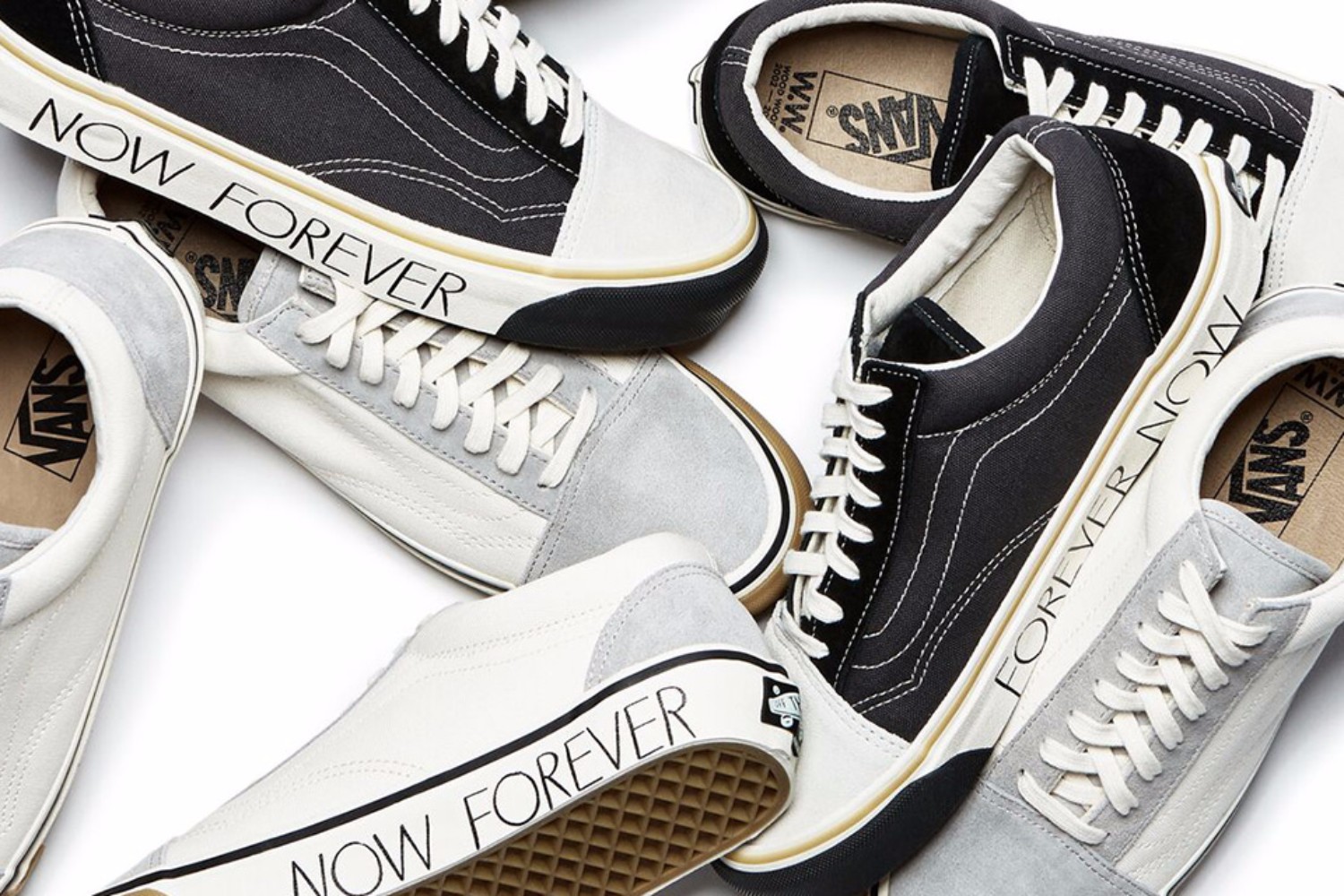