Not the kind of accessories you rock every day...

The globally renowned American rapper, songwriter, fashion mogul, record producer, actor and loyal member of A$AP Mob, A$AP Rocky, was spotted once again in one of his more sleekly simplified fits, however, this doesn’t mean it wasn’t up to his usual standard.

The creative sported mainly dark colours, from his denim jacket and tee to his jeans. However, what Rocky was sporting on his feet brought some light to the table, specifically, Harlem’s very own wore a pair of white Air Jordan 1s, the swoosh of which was featured in a contrasting black. In fact, this monochromatic combo complimented the rapper’s Dior Homme bag which was adorned all over in a black and white monogram. Furthermore, this bag rocked the text “CHRISTIAN DIOR” across its center sandwiched in between two gold stripes that not only played off the colour from the handkerchief he was holding but also the hefty Jesus Piece necklace that hung around his neck. A true example of how to tie an outfit together.

However, we can’t forget about the BMX in the background, rather interestingly the piece is one of 70 and would set you back around $3,200 if you could even find someone willing to sell it to you for retail! Take a look at his fit below and if you want a closer look at the bike then head down to Selfridges, London, at which the BMX is on display at Dior’s retail space. 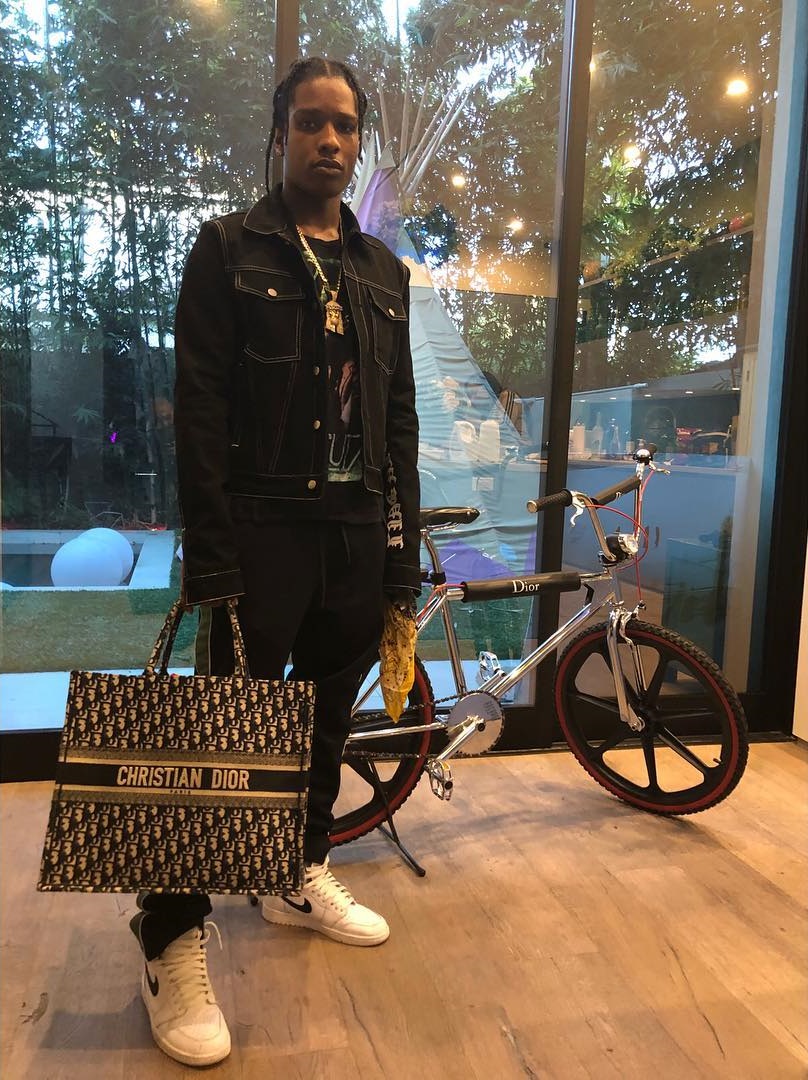