The inability to host runway shows during the Covid-19 pandemic has meant that fashion labels have to be innovative in how they present new collections. From London launching the first-ever virtual fashion week in June to the collections being presented online during the current couture and menswear presentations. For graduates of fashion courses, they are facing the same hurdles and their final collection, which acts as the grand finale of their degree, is being presented virtually.

Despite the restrictions of showing a collection digitally, restraints fuel creativity and that was shown in abundance during the British Fashion Council’s Question Time, which was held via Zoom. Seven graduates were invited to present a short film that they have created on the call, which was chaired by fashion critic and BFC Ambassador for Emerging Talent Sarah Mower.

The selection of videos, which illustrated the graduate’s work, was presented to the panellists: Ib Kamara the Senior Fashion Editor at i-D, Vogue.com’s Fashion News Director Chioma Nnadi, and designer Ashish Gupta. Impressed by the creations, Chioma said during the call that “it has been interesting seeing some of the bigger brands this week, and no disrespect to the bigger brands, but I haven’t seen anything that’s excited me in the same way.”

Watch the full video below, along with a brief breakdown of the menswear designers who showed work.

Of the work presented, graduate designers Miles George Daniels, Halina Edwards and San Kim had the biggest focus on Menswear. Daniels, who created his entire collection without spending any money, provided an insight into his creative process as he created a “fabric friend” in the video below.

The most experimental in their interpretation of fashion, South Korean designer San Kim has built a name from his inflatable creations and focused on recycling for this collection. Taking supermarket shopping bags from his flatmates, he reused them to create blown-up garments. This resulted in branding from shops such as Poundland, Tesco and Sainsbury’s being shown on the designers pandemic-proof plastic suits.

Classmates with San from the University of Westminster, Halina Edwards spoke about how her Afro-Caribbean background influences her work and how her creations are relevant to the world in its current climate. Presenting her garments, illustrations and mood boards while she spoke, the video provided an insight into the designer’s world to an extent that is often not possible through a physical runway show.

I’m a passionate researcher into my Afro-Caribbean background which my work often takes basis from. My practise focuses on learning about parts of history that often go unheard of or undiscussed, then storytelling it through different practices such as textiles, illustration, collage and clothing. ⁣⁣ ⁣⁣ My curiosity into this world enables me to explore a new vocabulary of design, through the exploration of handcrafted techniques and modern technologies. ⁣⁣ ⁣⁣ Thank you to @flavellem for the video 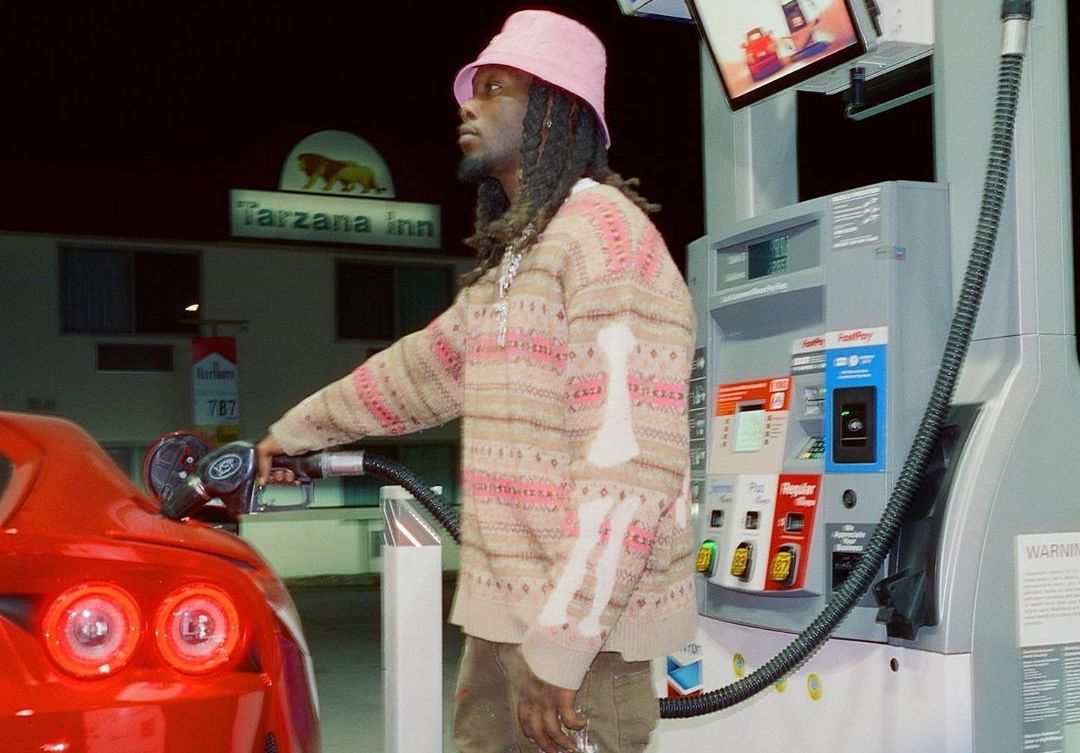