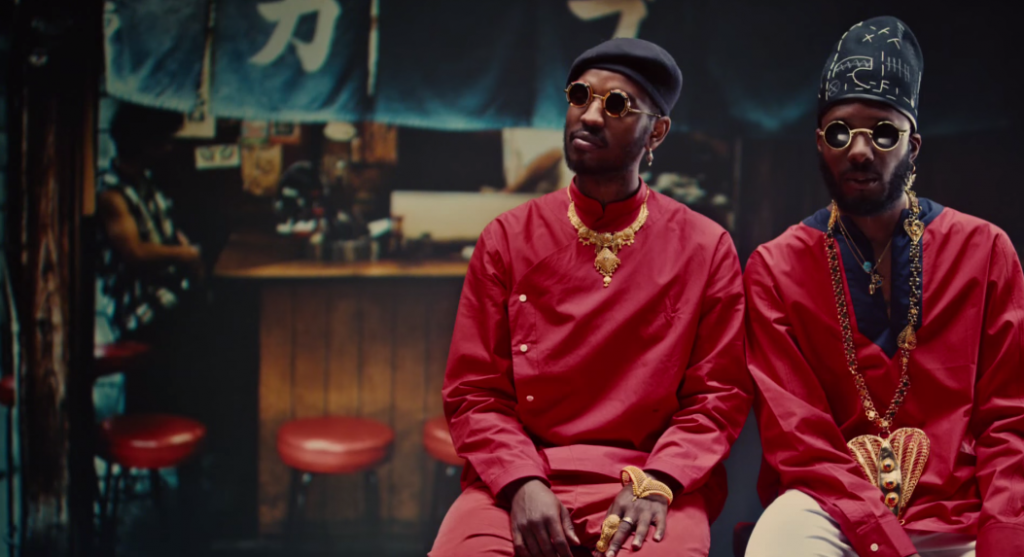 In partnership with River Island and the British Fashion Council, the Fashion Film initiative funds, showcases and mentors the forthcoming generation of British designers and filmmakers. Successful candidates, as a result, have their films premiered at prestigious fashion events including London Collections: Men and London Fashion Week. Esteemed brands such as Katie Eary and Joseph Turvey, which have subsequently enjoyed successful partnerships with the Fashion Film initiative, have created a platform for upcoming brands to follow correspondingly in their footsteps.

This year, the British Film Council, River Island and Rollercoaster hosted the Fashion Film presentation at the Old Sorting Office, showcasing films at London Collections: Men by designers including Mr. Hare, and Christopher Shannon amongst others.

Launching their Ready-to-wear collection with a short music video, male shoe brand Mr. Hare demonstrates the usability of their attire with slick dance moves and nifty footwork. The Christopher Shannon x River Island fashion film also managed to grab viewers attention with its provocative “Call The Cops” slogan, used by the designer to sum up its collaborative collection of modern and relevant attire.

Other designers such as Private White V.C. also made appearances at the Fashion Film presentation this year, continuing the prominent link between fashion and film.