Gosha Rubchinskiy is back bringing Russian street culture to the Parisian runways. 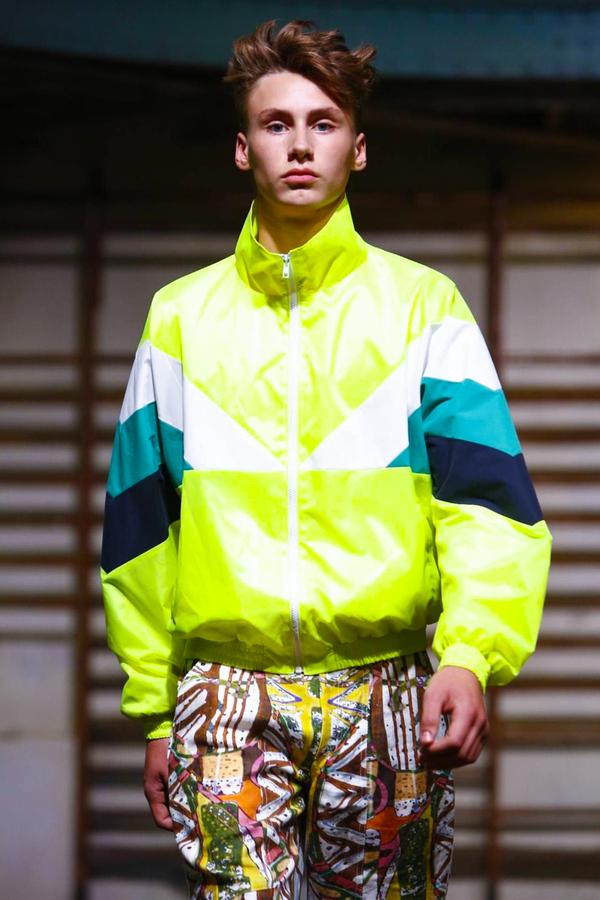 Dedicated to presenting Russian youth culture to the world, Gosha Rubchinskiy sent out teenage models, fresh from the streets of Russia onto the Paris Fashion Week runway. The designer seemingly went for eighties inspired theme, with models donning nostalgic athletic gear, as they marched down the runway to remixed eighties techno music booming in the background.

The collection was decorated in hammer and sickle of the foregone Soviet Union as well as 1984 prints on nylon blousons, cropped seersucker tank tops, which were paired with retro shorts; paying homage to the Olympic team that controversially withheld it’s participation from the 1984 games. Models were also dressed down in predominantly white, blue and red colours of the Russian flag, with the constructive graphics of Alexander Rodchenko adding variety to the collection. These included pieces such as multi-coloured panel tank tops and knitted sweatshirts resembling those worn by Bill Cosby on his famous comedy show, which also premiered in 1984. Denim sweatpants with elastic hems and printed linen bottoms were matched with these, whilst other eighties gear was on shown along the runway such as shell coats and oversized knitwear.

Gosha Rubchinskiy’s newest collection reflected strongly on the youth movement in Russia, with the entire Spring/Summer 2016 offering being available below. Let us know what you think in the comment box below. 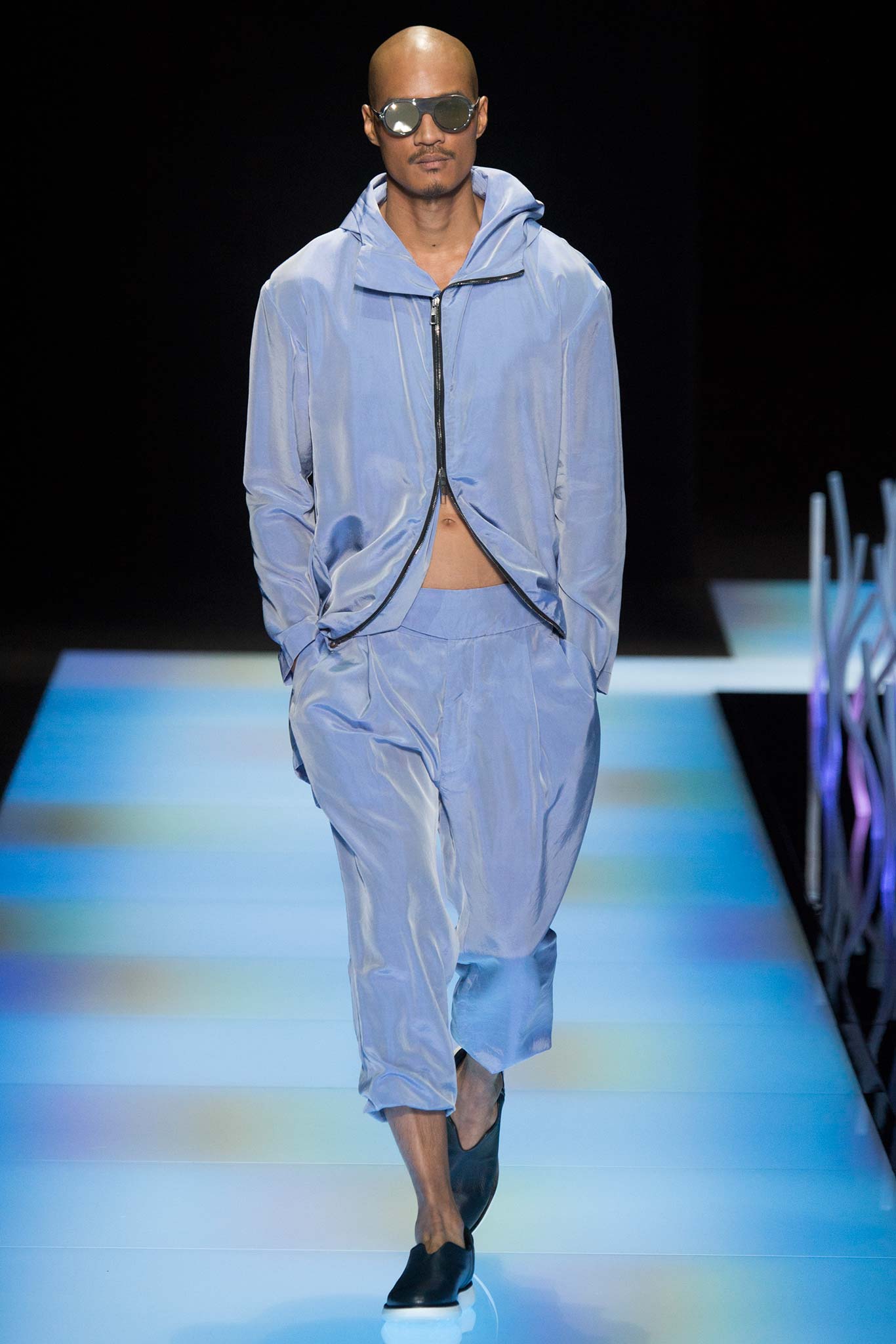