Serving up serious attitude in those shades.

Robert Pattinson, the first celebrity face of Dior Homme, returns in their latest Spring campaign. Shot by Karl Lagerfeld, the mood is dark and film noir. Lagerfeld stated that he loves to take photos in the street at night, claiming it is “my outdoor studio”; this campaign was actually shot outside of Lagerfeld’s studio in Paris. When questioned regarding Pattinson himself, he stated that “he is very easygoing and easy to photograph. But at the same time there is something mysterious about him, which I love.” This image certainly screams mystery. He also compared his features to that of an antique coin.

The series of images will be showing up in magazines this weekend. Look out for further campaign imagery featuring A$AP Rocky and Larry Clark. 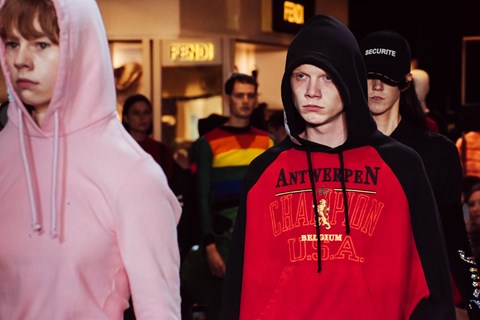