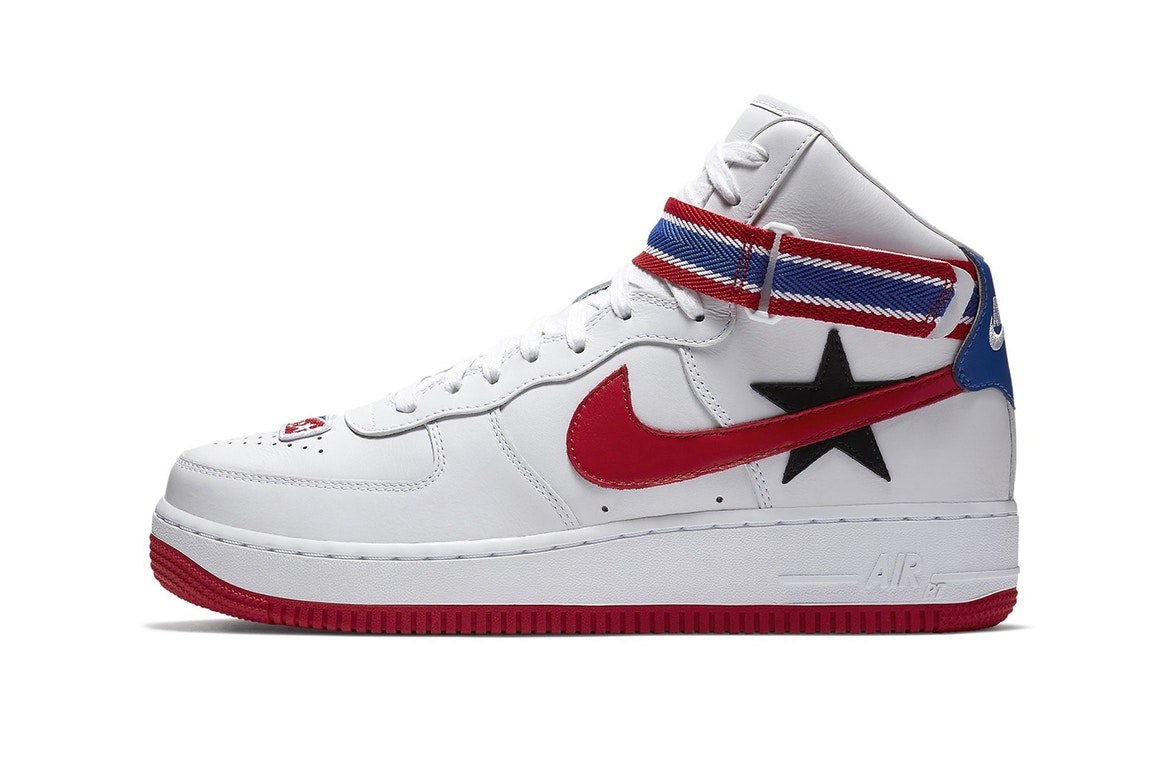 Here at PAUSE we have brought you a couple of updates on the subject of Nike’s upcoming collaboration with the ex-Givenchy designer Riccardo Tisci, and for good reason! Tisci’s two previous collaborations with Nike have all been hugely successful so we want to keep you up-to-date all the way, especially when the forthcoming capsule includes a pair of Air Force 1 Highs. The significance of this is that Tisci’s first collaboration with Nike produced a series of Air Force 1’s, so it’s comforting to see the duo return to the shoe that sparked their hopefully long and successful relationship.

The yet to be released Air Force 1 Highs come in two different colourways, black and white. Featuring on both is a red, blue and white strap, inspired by the renowned NBA logo colours, as well as this there is a star placed under the Swoosh that contrasts the colour of the shoe’s main body. Lastly, the sneaker also features Nike and Tisci’s branding on the insole, midsole, heel and embroidered on the toe-box.

The sneakers, along with the rest of the collection, are to be released globally at all NikeLab stores and Nike’s website on the 21st of October. However, if you are lucky enough to live in North America you can get your hands on the pair tomorrow, or on the 20th if you are based in Paris.

For now, get a better look at the sneakers in both colourways below. 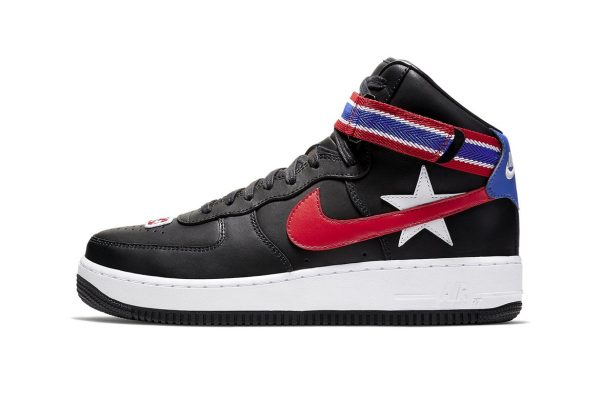 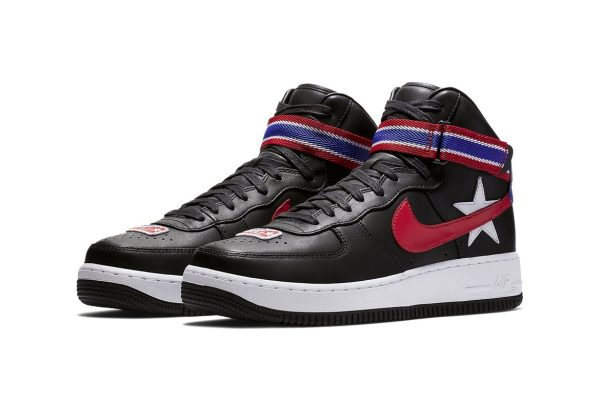 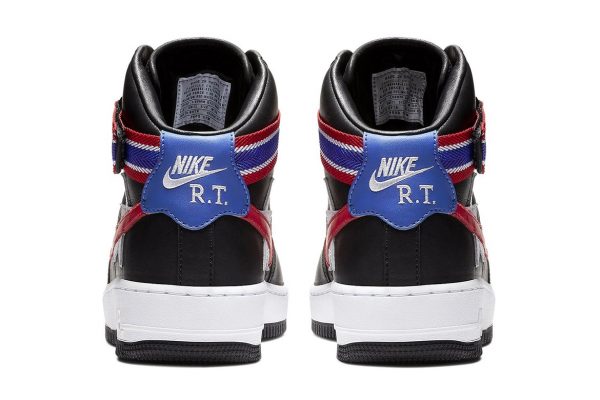 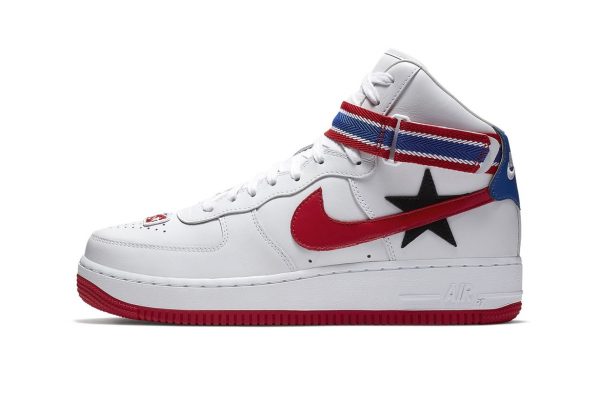 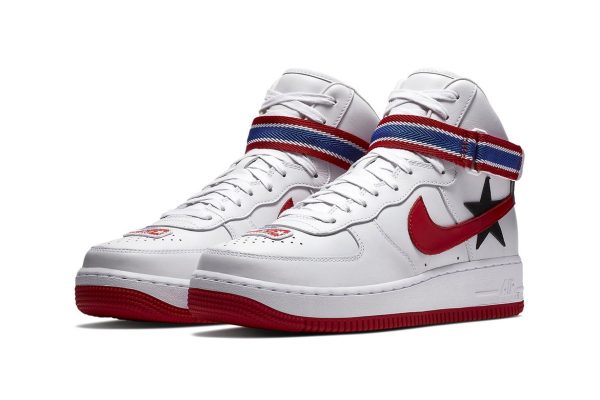 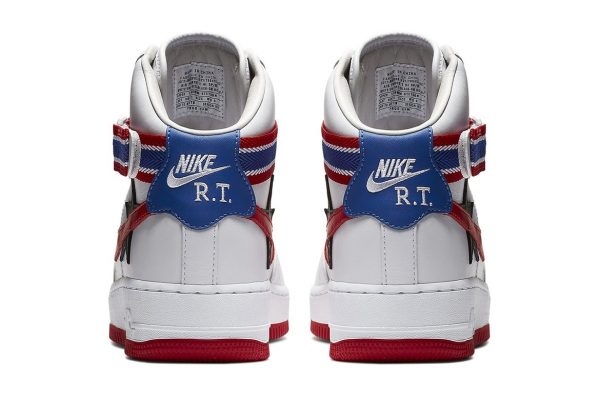