Looking set to be one of the biggest collaborative releases of the year is the adidas x Gucci Spring/Summer 2022 collection, which is poised to feature a range of vibrantly designed adidas x Gucci footwear.

Arriving in a 1980s inspired lookbook, the collaboration is set to feature an extensive array of both garments and footwear, with the latter putting forward the central standouts within the collection. The range features colourful iterations of the infamous adidas Gazelle silhouette, which is expected to release in beige and brown GG Gucci material, light blue silk, white leather, magenta velvet, light blue suede with yellow trimmings, dark green suede-velvet mix, red velvet, as well as yellow velvet. Each pair also features collaborative adidas x Gucci branding on the midfoot, midsole, heel, and tongue. Alternate classical footwear includes an array of Gucci classics, such as loafers and clogs, with some standout pairs including black leather and grey suede colourways, whilst these pairs also incorporate various elements of Gucci and adidas branding in wholly individual ways. Other notable footwear choices include co-branded slippers and slides, providing a more casual flex to the range.

The adidas x Gucci garment and footwear range is set to drop on June 7th via he Gucci website.

Check out some standouts from the footwear range below. 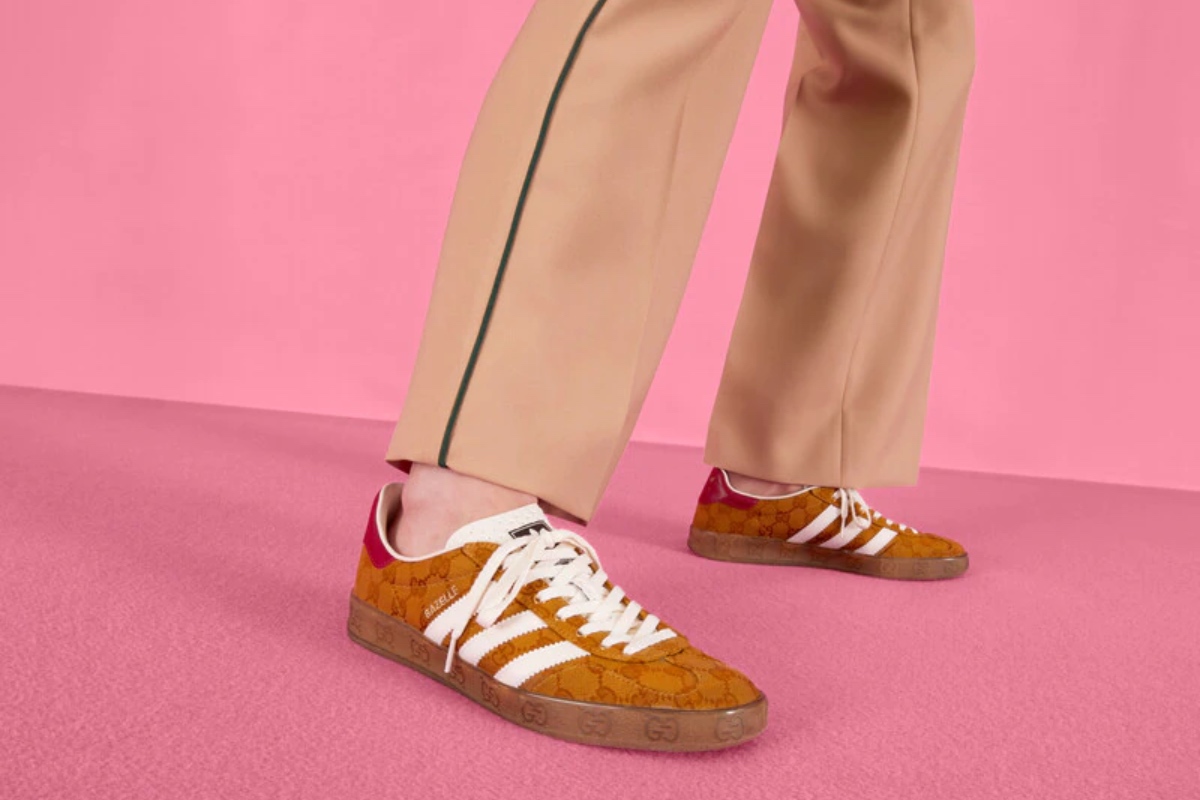 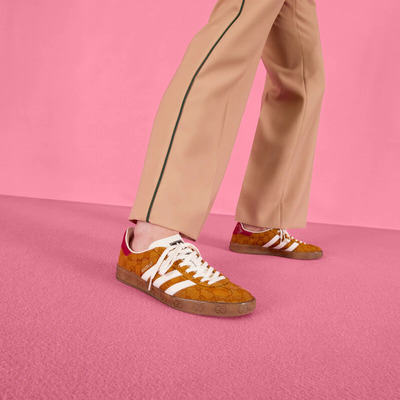 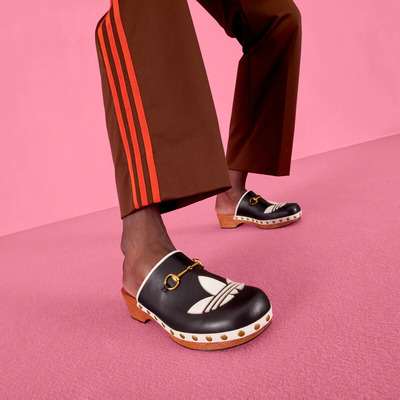 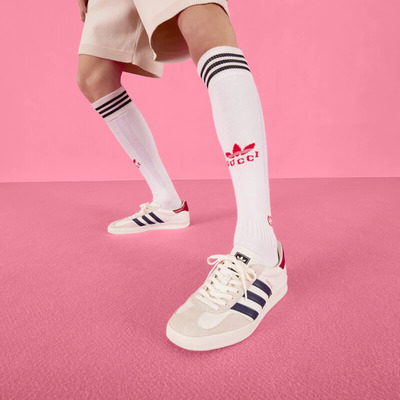 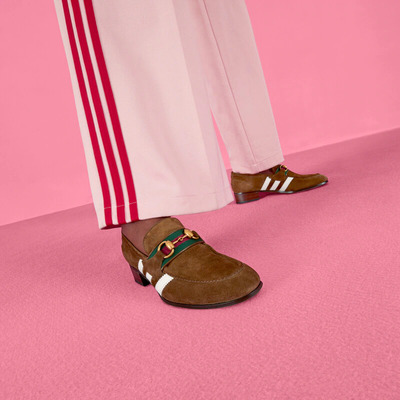 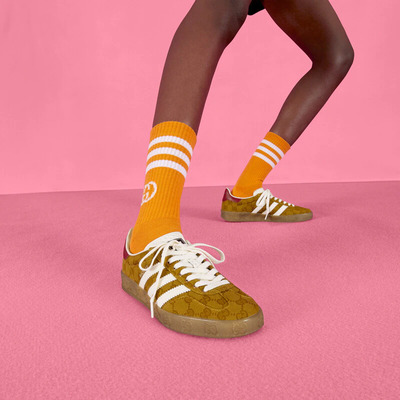 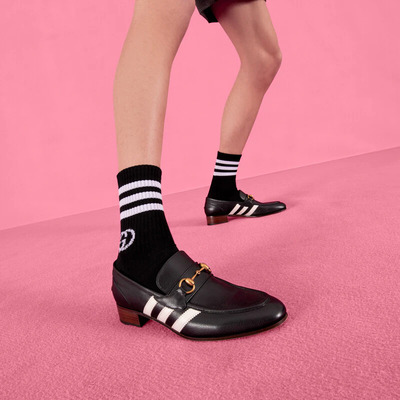 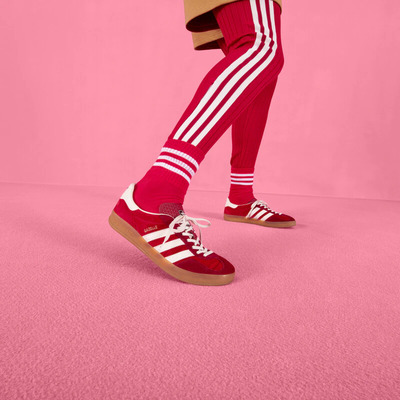 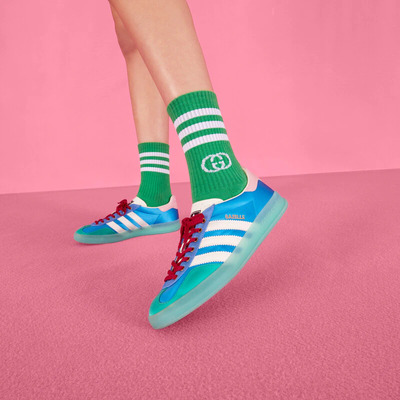 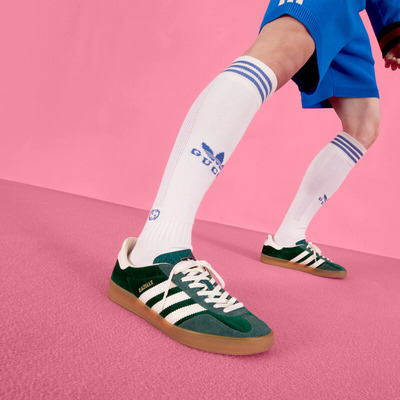 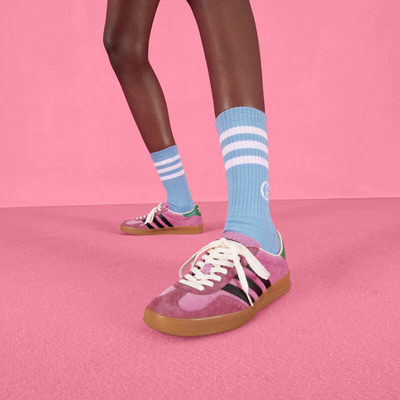 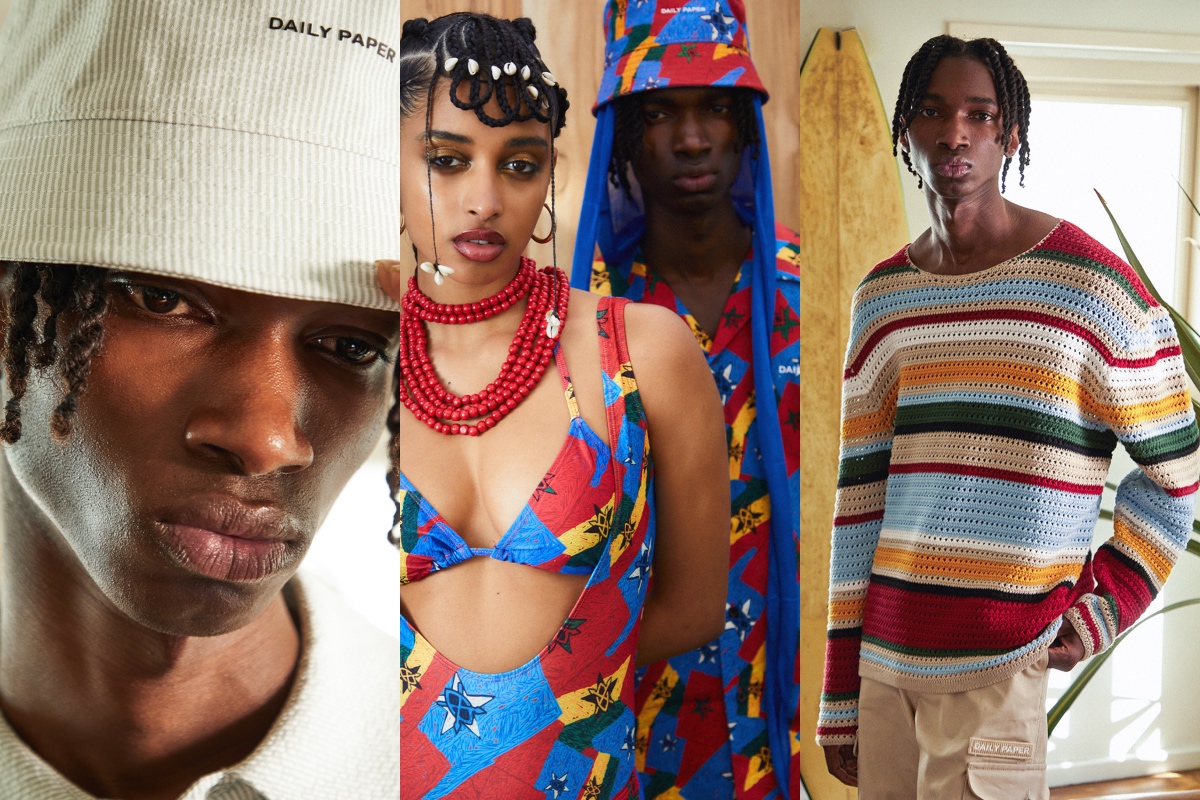